Reflections on the governor's upcoming plan for prefunding retiree health 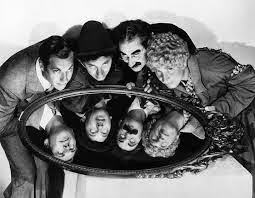 In previous posts, we have noted budget leak stories indicating that Gov. Brown will announce some kind of plan to prefund retiree health care for public employees.  Exactly which public employees is unclear.  State?  Local?  Will UC be included?  Even if UC is not included, there will be pressure on UC to emulate whatever CalPERS and CalSTRS are required to do.

We'll have to wait until January to find out what the governor has in mind. Meanwhile, below are some reflections on such retiree prefunding, whatever it turns out to be:

Retiree health care has largely disappeared in the private sector, lingering mainly in some legacy union-negotiated plans.  However, it continues in the public sector.  In both the public and private sectors, retiree health has tended to be treated differently from pension benefits.  Pensions – and I am talking about defined benefit pensions – represent a promise of future benefits determined by a formula based on pre-retirement work and pay history.  Once you know the formula and have the work and pay history of a given employee, the promised benefit can be easily determined.

In contrast, a promise of a future health benefit tends to be fuzzy.  Such benefits are typically administered by an insurance carrier.  The carrier offers a plan which changes over time based partly on carrier discretion and partly on (changing) legal requirements.  The actual medical services are provided by doctors, labs, hospitals, etc., who have some contractual agreement with the carrier.  However, which doctors, labs, hospitals, etc., have such contracts can change over time.  In short, something is being promised, but what it is can vary over time.  The benefits can be limited or constrained as time passes.

A major difference between the easy-to-calculate pension promise and the fuzzy health care promise is the funding mechanism.  Pensions are typically prefunded through a “trust” fund.  Yes, as has often been in the news of late, the plan may be underfunded, i.e., the actuarial estimate of what is in the fund, what those monies will earn, and incoming contributions, may add up to less than the estimated future liability.  But something has been set aside in the trust fund and commonly there has been both an employee and an employer component to the contributions that have gone into the fund.

Now we could get into a legal conversation about whether pension promises are ironclad, particularly in the public sector where governments are making those promises.  We could look at the recent Detroit example in which municipal pension benefits were cut back as part of a bankruptcy plan.  I am not a lawyer and can’t discuss such matters with any expertise.  But what I can tell you is that creating a trust fund and have a component of contributions made by employees creates an expectation by those employees.  And my non-expert observation suggests that the Detroit example is an exception and that pension promises are hard to break, once made.  In the end, what does a trust fund imply other than “trust”?

Even Social Security pension promises – which detractors will be quick to point out can be legally taken away by any Congress with a mind to do so – are in practice hard to modify in ways that are adverse to retirees.  Those detractors will also point out that the Social Security trust funds that are part of the funding mechanism are a mirage – it’s all just federal money flowing in and out – and Social Security is underfunded despite the trusts.  But as President Roosevelt (correctly) believed when Social Security was set up in the 1930s with a mix of employee and employer contributions and trust funds in imitation of the embryonic private pensions that existed at the time, future Congresses would in fact be unable to undo the system.  Trust funds may be symbolic, but as political symbols they are powerful.

As noted, at the state and local level, the health care side of retiree benefits – unlike the pension side – is rarely prefunded.  The benefits are essentially funded on a pay-as-you-go model.  And state and local governments tend to take the position that unlike pensions, the pay-as-you-go model means that such benefits are not a legal obligation.  They are nice things that are done for former workers, but if budgets run into problems, retiree health care can be cut back or even discontinued.

Those folks who have been active in pointing to underfunding of public pensions with alarm have also taken to pointing out the zero advance funding of retiree health care in the public sector.  Part of their agitation has resulted in accounting requirements that public employers calculate the value of their unfunded retiree health care promises.  Note, however, that there are two problems with such calculations, apart from the technical details of the calculation:

It’s not that you can’t come up with a number for the liability of a retiree health plan; pay an actuarial consulting firm to come up with a number and assumptions will be made by the firm that produce a number.  Those folks who pushed for such calculations probably thought that by requiring the production of a number, state and local authorities would be shocked by its magnitude and would therefore cut back on their retiree health plans.  But another reaction is possible.

In my home state of California, Governor Jerry Brown is promising to come up with a prefunding plan for retiree health in his forthcoming budget message.  The outgoing state controller (who has been elected the incoming state treasurer) has suggested a prefunding approach.  Whatever the details, pension-style prefunding means some combination of employer and employee contributions going into a trust fund.

However, the more you move toward the pension model, the harder it will be to assert that health care promises are just nice things that are done for former workers but which can be undone at any time.  I am not talking just about the legalities – although, even as a non-lawyer, I suspect there will be some implicit obligations inherent in the pension model when it is applied to health care.  I am also talking about the Roosevelt-style political element.  If you formalize the system with employer and employee contributions and prefunded trust funds, discontinuing it will be tough.

In short, those who point with alarm at public retiree health plans in the hopes they will be abolished may be disappointed.  Prefunding may in fact protect such systems both financially and politically.  As for the legalities, it’s hard for me to believe that judges – public sector workers who are often covered by such retirement systems – won’t think of “trust” in its common English meaning.
Posted by California Policy Issues at 8:43 AM