The $10 million that doesn't go away 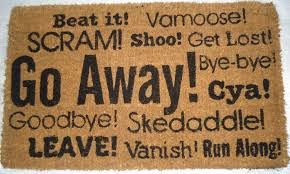 We noted in prior posts the $10 million whistleblower settlement that UCLA agreed to pay to one of its docs as a trial was coming to an end.  And we noted that the issue raised - essentially what constitutes a conflict of interest - won't just go away as folks in Murphy Hall might hope. As an illustration - and helping to keep the matter alive - is an editorial in the Daily Bruin [excerpt]:

As the University of California Board of Regents well knows, court settlements can be useful in dodging unfavorable legal outcomes and the bad press that accompanies them. But a recent $10 million settlement in a whistleblower-retaliation case involving UCLA doctors illustrates why settlements pose a challenge for a public university. Namely, they bury information and slow reform that could address the root cause of lawsuits. Last week, the regents agreed to shell out $10 million to Dr. Robert Pedowitz, former chairman of UCLA’s orthopedic surgery department. Pedowitz alleged that the university retaliated against him after he pointed out that UCLA physicians were failing to disclose payments from medical device-makers and other outside groups. As part of the settlement, Pedowitz left the UCLA faculty, and the university denied all wrongdoing.  A UCLA statement on the case claims that “multiple investigations by university officials and independent investigators concluded that conduct by faculty members was lawful.” But it doesn’t comment on the important question of whether Pedowitz was castigated for raising concerns. While the University’s incentive to press for a settlement instead of allowing a jury to come to a verdict in order to protect the University’s good name and reputation is clear, the blanket denial of impropriety that accompanies such agreements leaves important answers shrouded in darkness. Commissioning an independent investigation of the serious issues brought forth in this court case would go a long way to address concerns of secrecy and counter accusations that UCLA merely pays its way out of ethical quandaries...

The editorial goes on to resurrect the large settlement paid out to another UCLA doc - Christian Head - for racial discrimination and harassment.

And, although not mentioned in the Bruin editorial, there is the driving-while-black case of LA Superior Court Judge David Cunningham against the UCLA police which will eventually either go to trial or lead to some kind of settlement.  He is asking for $10 million - that familiar number - from the university.  See: http://uclafacultyassociation.blogspot.com/2014/02/10-million.html

Meanwhile, the Donald Sterling affair about which we blogged yesterday raises the issue of what the university does when donors misbehave.  Probably, letting the UCLA name be used in bragging ads by the donor - see the posts of yesterday - isn't the best response.  (Yours truly did not spot a repeat of that ad in today's LA Times.)  Note: ...Councilman Bernard Parks said Sunday he is drafting a City Council resolution that will demand an apology to Magic Johnson and “the entire Los Angeles community" and ask local newspapers, including the Los Angeles Times, to stop running ads for Sterling “that display his commercial real estate empire and his alleged civic activities.” ...  Excerpt from http://touch.latimes.com/#section/1780/article/p2p-80033885/

UPDATE: LAObserved picks up on yesterday's Sterling-UCLA ad in the LA Times:

...Did you see the half-page business section ad today, thanking Donald and Shelly Sterling for their largesse to the UCLA nephrology department? There's so much wrong with that lack of judgment, never mind that the ad used the same ego-stroking headshots featured in all the other ugly Sterling Foundation ads that also decorate the Clippers' NBA website. Supposedly, Sterling himself applies the lipstick on these pigs, sits in his office designing the ads for which, according to my highly reputable source, he pays The Times a bargain-basement space rate. Or maybe nothing at all -- according to the online magazine Quixo, The Times trades the ad space for paper promotions at Clipper games...

Seems like there are a lot of problems accruing for UCLA that need more than a PR response.
Posted by California Policy Issues at 8:28 AM