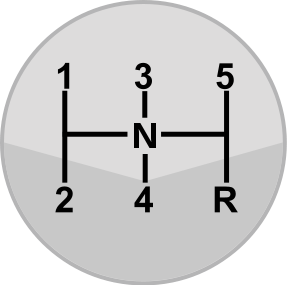 Proponents of the  proposed pension/retiree health care initiative (that would cover UC) were afraid the attorney general would come up with a nasty title and summary.  It doesn't seem to have happened, however.  Other than the references to teachers, nurses, and peace officers (the public's favorite public employees), it is pretty neutral.  To the extent there is mention of costs, the references come from the earlier Legislative Analyst's Office (LAO) report.  Below is the title and summary:

January 6, 2014
Initiative 13-0043
The Attorney General of California has prepared the following title and summary of the chief purpose and points of the proposed measure:

Eliminates constitutional protections for vested pension and retiree healthcare benefits for current public employees, including teachers, nurses, and peace officers, for future work performed. Permits government employers to reduce employee benefits and increase employee contributions for future work if retirement plans are substantially underfunded or government employer declares fiscal emergency. Requires government employers whose pension or retiree healthcare plans are less than 80 percent funded to prepare a stabilization report specifying non-binding actions designed to achieve 100 percent funding within 15 years.
Summary of estimate by Legislative Analyst and Director of Finance of fiscal impact on state and local government: Potential net reduction of hundreds of millions to billions of dollars per year in state and local government costs. Net savings—emerging over time—would depend on how much governments reduce retirement benefits and increase salary and other benefits. Increased annual costs—potentially in the hundreds of millions to billions of dollars—over the next two decades for those state and local governments choosing to increase contributions for unfunded liabilities, more than offset by retirement cost savings in future decades. Increased annual costs to state and local governments to develop retirement system funding reports and to modify procedures and information technology. Costs could exceed tens of millions of dollars initially, but would decline in future years.

Does this official summary mean that the governor is going to be neutral?  Who knows?  One member of the anti-pension crowd managed to slam the governor's high-speed train today in the NY Times - which might not endear him to Brown:

...Joe Nation, a professor of public policy at Stanford University and a critic of the plan, said Mr. Brown would have to grapple with this decline in support, which he argued reflected voters’ growing doubts about the basic competence of government. "Obamacare has leached over into this,” Mr. Nation said. “You have people saying, ‘The federal government that can’t build a website — how can we expect them to build a multibillion-dollar train?’ ”...

As we continue to note, UC's interest is basically not to be included.  So far, as per above, that hasn't happened.

UPDATE: Mayor Reed of San Jose - the front man for the initiative - isn't happy with the wording. The union group opposing the initiative isn't completely happy, either. See http://www.sacbee.com/2014/01/06/6051649/california-attorney-general-clears.html
Posted by California Policy Issues at 7:29 AM