And While We Await the Governor 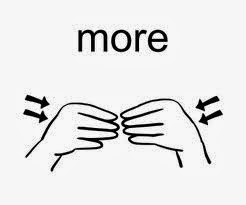 The state controller has issued a cash report that more revenue to the tune of about $2.5 billion arrived in the first six months of 2013-14 than was projected in the budget last June.  Blog readers will recall that the governor insisted on conservative projections of revenue.

Note that the really big revenues will arrive around (income) tax time in April.  If you looked at the reserve in the general fund at the moment, as seen by the controller, it is negative $18.3 billion, covered by internal and external borrowing.  As many have noted, California is heavily dependent on the incomes of those at the top end of the income scale and, therefore, financial market developments.

You can find the controller's report at:
http://sco.ca.gov/Files-ARD/CASH/fy1314_january.pdf

UPDATE: Yours truly did await the governor.  But the calchannel feed failed to operate properly for roughly the first 15 minutes of the media conference, by which time much of what the governor had to say was over.  Yet another online education lesson.   Eventually, calchannel will post the archive of the conference.