Reminder that Your Emails Aren't Private 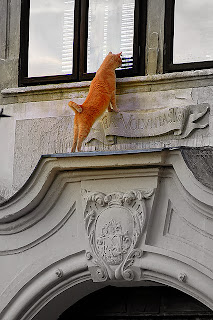 The Daily Bruin carries a story today about a demand for a UCLA professors emails. Excerpt:

Two state senators have accused UCLA of withholding the records of a professor in the Department of Environmental Health Sciences from the public, the most recent development in a conflict that has lasted about three years.  The two California senators – Minority Leader Bob Huff (R-Diamond Bar) and Jean Fuller (R-Bakersfield) – started corresponding with UCLA about Professor John Froines’s public records earlier this year, when they noticed UCLA had not disclosed all of Froines’s emails in a past records request.Controversy over the records dates back to July 2010, when insecticide and fungicide manufacturing corporation Arysta LifeScience filed a records request asking for communications between Froines and other scientists that might show he engaged in actions that constituted a conflict of interest...

The underlying story, as the article notes, goes back to 2010, and has been picked up in earlier blog postings:

It's a complicated tale about a state environmental panel and a claimed whistleblower.  However, one takeaway for UCLA and UC faculty is that your emails are not private.  You probably won't avoid such non-privacy by using an outside email service such as gmail, since you are likely to be sending messages to other UCLA and UC faculty who are on the university system.  (Even faculty at private universities - who therefore are not subject to requests for public records requests - might communicate with faculty at public universities such as UCLA and thus find their emails made public.)  Just deleting old messages probably won't ensure privacy.  Before you click on your mouse, think.