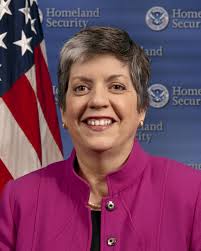 The LA Times has a report on its website this morning on the new UC president nominee:


Janet Napolitano, the U.S. Secretary of Homeland Security and former governor of Arizona, is being named as the next president of the University of California system, in an unusual choice that brings a national-level politician to a position usually held by an academic, the Times has learned. Her appointment also means the 10-campus system will be headed by a woman for the first time in its 145-year history.  Napolitano’s nomination by a committee of UC regents came after a secretive process that insiders said focused on her early as a high-profile, although untraditional, candidate who has led large public agencies and shown a strong interest in improving education...

Napolitano, 55, is no stranger to California colleges since she attended Santa Clara University and was its first woman valedictorian before earning her law degree at University of Virginia. Her father was dean of the University of New Mexico School of Medicine, a family connection that UC regents also liked since they oversee medical centers. In Arizona, she helped to enact plans to provide full-day kindergarten and to renovate university buildings, winning fans among educators...  The UC regents are expected to approve her nomination as UC’s 20th president on Thursday during a meeting in San Francisco. Napolitano is expected to take up the UC reins some time in September, officials said...

A preliminary comment from yours truly: It appears that the Regents have decided that they needed political expertise on top - not another academic - to deal with the increasing intervention of the governor and legislature.
Posted by California Policy Issues at 7:37 AM