UC Seems to Be Opting Out (for now) 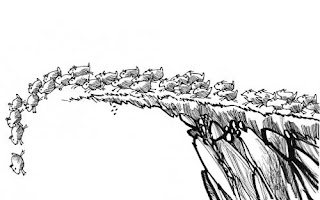 Inside Higher Ed today has a lengthy article on attempts to measure the "value added" of college education.  It notes that a group of public universities to which UC belongs has been promoting various forms of testing to measure student value added - under pressure from state legislatures from around the country.  (Value added testing involves giving tests to incoming freshmen and again when they graduate to see if their scores have risen.)  Other forms of testing are also being promoted.  UC has - so far - opted out of following the herd and participating, according to the article.  Will that continue?


...Although the University of California has been a high-profile demurrer..., there are many things about the accountability system that the university likes -- so much so that it has copied many of them in its own accountability system, said Hilary Baxter, interim director for academic planning, programs and coordination for the UC system. UC's main objection all along has been the attempt to standardize something -- the quality and degree of student learning -- that varies enormously from student to student and program to program, let alone university to university, Baxter said...

You can find the full article at http://www.insidehighered.com/news/2013/05/06/public-university-accountability-system-expands-ways-report-student-learning