Burning Sofas: A Lesson for the Governor on UC 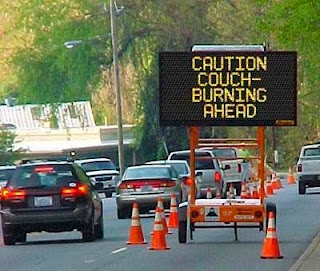 A column in today's Sacramento Bee tells a tale about sofas with lessons for the governor.   Here is an excerpt:

Gov. Jerry Brown is about to repent for a sin he didn't know he committed in 1975. Ten months after Brown took office the first time, his administration produced a little-noticed regulation requiring that furniture sold in California comply with the strictest fire safety standard in the nation. Befitting its turgid language, the regulation came to be known as Technical Bulletin 117. Although it was supposed to save lives, another story has emerged in the intervening decades. Technical Bulletin 117 has resulted in the addition of countless tons of toxic chemicals to couch cushions, carpet pads and, alas, our bodies... In June, Brown started undoing Technical Bulletin 117, telling the obscure arm of the state that is its keeper – the Bureau of Electronic and Appliance Repair, Home Furnishings and Thermal Insulation – to dramatically alter it. Brown used the word "toxic" seven times in a 350-word news release announcing the decision. For emphasis, he noted that "California women have much higher levels of toxic flame retardants in their breast tissue than women in other states and countries." ...

What we have here is a perfect example of potential inadvertent consequences of doing something popular (fire prevention, safety, etc.) without evaluating the long-term implications.  Proclaiming that UC tuition must be frozen - a popular step - and that online education and unnamed efficiencies will close the gap between what the state wants to pay for UC and UC's budgetary needs is another Technical Bulletin 117 in the making.  The consequences will be felt in future decades.  But unlike case of Technical Bulletin 117, Gov. Brown won't be around to fix the problem or to be held accountable for it.  The Regents serve lengthy terms in order to insulate them from politics and to give them long-term perspectives.  So how is it that only the one Regent that serves just one year - the student Regent - sees any problem with what is happening?  Or are the others just afraid to say the obvious?