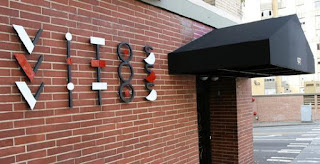 Exactly why the governor did what he did is just one of those Jerry Brown contrarian Zen mysteries. Democrats liked the bills (or they would not have passed). He is a Democrat but he vetoed them. It seems to be something like that. Anyway, from the narrow UC perspective, the vetoes mean that it will be easier for whoever (a whoever with $1-$2 million for signature gathering) to put pension initiatives doing who-knows-what on the ballot. And the who-knows-what could override the Regents’ December 2010 decision on the UC pension. Thanks, Jerry.

The governor vetoed a bill related to CalPERS survivor benefits saying action on pensions should be part of some larger pension reform. What that is will presumably be revealed in the weeks to come.

There remains the issue of when stuff might get on the ballot. Normally, initiatives that have the needed signatures are put on the next available election. The first statewide election will be the presidential primary. Since there is little mystery about who the Democratic nominee for president will be, the primary will turn out Republicans. (On the other hand, the primary is being put back to June so by that time the Republican nominee might well be known.) On the assumption that the primary will tilt toward Republicans, legislative Dems are pushing a bill that would put initiatives on the November ballot instead. We will have to see how that turns out. Yours truly is traveling at the moment and not fully up-to-date on this matter.