UC on the cheap 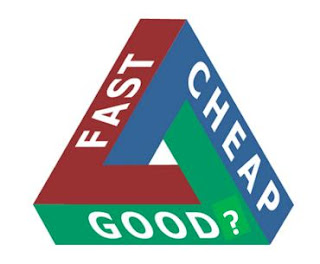 The Sacramento Bee ran an editorial entitled “State can't afford UC on the cheap” dated 9/25/11. Excerpt below. Like the NY Times – see earlier blog post – the Bee seems not to have caught up with the fact that the Regents didn’t go along with the multi-year tuition increase schedule at their last meeting. Nonetheless..

The University of California "shall constitute a public trust," states the California Constitution. That trust has eroded as state financial support has declined. The overriding question today is how much of a UC education should be considered a public benefit for which the state should pay – and how much should be considered a private benefit for which the student should pay. In the past, that wasn't an issue. A UC education was considered primarily a public benefit. In 1990, for example, the state contributed 70 percent of the total cost of a UC student's education; the student paid 13 percent.

Those days are long gone. This fall, the state is contributing 39 percent of the total cost of a student's UC education; the student is paying 49 percent. Is that the right mix? That is the discussion we should be having as a state…

There can be too much cheap, or is it cheep?