On the way to trigger 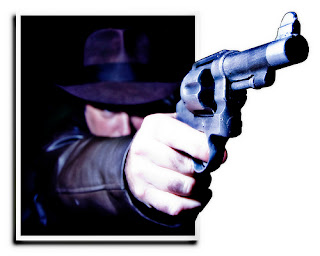 The Legislative Analyst’s Office (LAO) released the following statement on its most recent projection of California state revenue.

Translation: So far, it looks like the budget trigger will be pulled (which means more cuts for UC).

Below is the text:

Despite today’s weak national employment report for the month of August, preliminary reports from California's tax agencies on personal and corporate income tax receipts for the month tell a “good news/bad news” story. On the one hand, the tax data indicates that the California economy is continuing to recover from the recession, albeit very sluggishly. This slow recovery is essentially in line with that projected in the state's most recent economic forecasts, which were released around the time of the May Revision. On the other hand, income taxes in August do not appear to have been enough to cover the portion of the $4 billion “unallocated revenue increase” (included in the 2011-12 state budget package) attributed to the month in administration forecasts. Sales and use taxes (SUT) and other General Fund revenues—data for which will be available in the coming days—will have to perform above expectations for overall August revenue targets to be met.

The Good News. California’s income tax bases are performing essentially as expected in the most recent economic forecasts of our office and the Department of Finance (DOF), both of which were released in May. Based on very preliminary information from the state's tax agencies, net personal income tax (PIT) collections (including Mental Health Fund revenues) for August were about $100 million (3 percent) above the 2011-12 Budget Act forecast prepared by the administration. Corporation tax (CT) collections were about $35 million (40 percent) above the monthly administration forecast in August. (August, it should be noted, is not a major collection month for either income tax.) The data suggest that job and wage growth in California has continued to be sluggish, but slightly positive, as projected.

The Bad News. The bad news is that, in order for the state to hit its overall budgetary targets for 2011-12, PIT, CT, and other tax receipts need to exceed monthly forecasts by $4 billion over the course of the fiscal year. This is because $4 billion was added to the budget plan by the Legislature and the Governor as an unallocated revenue increase (meaning it was assumed to be received by the state during this fiscal year, but was not allocated to particular tax sources).

The administration’s budget act forecast allocates $236 million of the $4 billion unallocated revenue increase to August. As described above, PIT and CT receipts were about $135 million above forecast. Accordingly, if SUT and all other General Fund revenues perform exactly as forecast for the month, overall General Fund revenues for the month will be about $100 million below the budget act target. Preliminary agency cash data concerning SUT will be received from the State Board of Equalization (BOE) in the coming days, followed by DOF’s monthly Finance Bulletin around mid-September.

In July, General Fund revenues were $541 million (9 percent) short of the monthly budget act forecast prepared by the administration, due to timing issues and the inability of revenues to keep up with the $229 million portion of the unallocated revenue increase attributed to July.

Methodology. The PIT and CT data above is based on daily Franchise Tax Board and Employment Development Department agency cash information. This data is preliminary and will change somewhat in the coming weeks as estimates for the month are finalized and reviewed. Only agency cash data—not “Controller’s cash” data—is used for state budgetary forecasting and reporting purposes. Agency cash differs from Controller’s cash (which is reported in the Controller’s monthly state cash flow statements) based principally on the timing of receipts. The monthly Finance Bulletin from DOF is the authoritative monthly source on General Fund budgetary revenues.

There’s just no way of understating what Trigger can do: