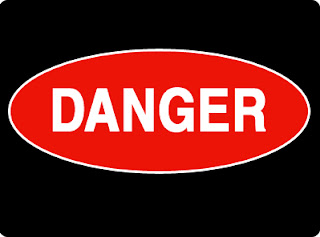 There continue to be reports that the Republican price for going along with putting Gov. Brown's proposed tax extensions on the ballot will be some kind of public pension proposition.

To recap, Brown needs the legislature to put his tax extensions on the ballot by June; there is not enough time to go the petition-signature-initiative route. The legislature would normally need a 2/3 vote to do so which would require all Democrats plus 5 Republicans to agree. While there has been discussion of ways to bypass the 2/3 requirement, such an approach could lead to a legal challenge which could delay and possibly kill a proposition that resulted. So, at the moment, Brown & Co. are going for the 2/3 on taxes plus a possible deal with Republicans on pensions.

For UC, this process could produce a double-whammy disaster on the budget and the pension. Below is an excerpt from today's calpensions followed by an analysis:

As Republican legislators work on pension reform, a good place to start might be Gov. Brown’s eight-point campaign proposal, which contains most of the pension reforms adopted in other states in recent years. Brown proposed four of the five key reforms that a Pew Center on the States study issued last year, “The Trillion Dollar Gap: Underfunded State Retirement Systems and the Roads to Reform,” said seem “largely politically feasible.”

The four reforms in both the Pew report and the Brown proposal: lowering benefits and increasing retirement age, increasing employee contributions, keeping up with funding requirements, and improved governance and investment oversight. The missing option, “share risk with employees,” includes a 401(k)-style individual investment plan instead of a pension, a “hybrid” combining smaller pensions and a 401(k), and basing annual pension inflation increases on investment performance.

Some reform advocates in California recently have proposed ways to cut costs by reducing the pensions earned by current workers, a change virtually certain to draw a legal challenge. Pension cuts so far have been limited to new hires…

For UC, the danger is two-fold. First, last December the Regents came up with a two-tier fix for the UC pension. A ballot proposition that did not exclude UC could override the Regents’ decision. Second, even if Republicans agree to put the tax extensions on the ballot, they are not committed to support passage. There will be a campaign against the extensions. Even with the extensions, UC is taking a big budget hit. Without them, the cut will be much larger.

In short, we could end up with a bigger budget cut than is proposed now by the governor and a pension override. And both could happen by June. UC is often reluctant to dabble in politics. But on both issues, we should be planning and doing more than dabbling.

Note: Brown on pensions in the State of the State address:

UPDATE: Regent-designate David Crane is pushing the pension-on-the-ballot plan. He was nominated by Gov. Schwarzenegger to the Regents just before Schwarzenegger's term expired and has yet to be confirmed by the legislature. See http://www.sfgate.com/cgi-bin/article.cgi?f=/c/a/2011/02/04/EDU01HHUPL.DTL
Posted by California Policy Issues at 6:30 AM