How Now Brown Budget? The Clock is Ticking 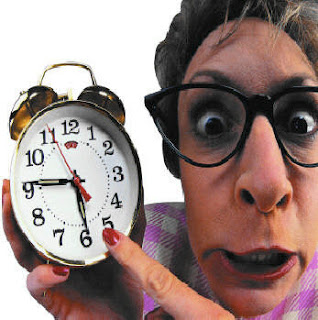 As previous posts have noted, Gov. Brown needs a 2/3 vote to put his tax extension proposals - which are an integral part of his budget plan - on the ballot by June. (The current fiscal year ends June 30.) It is unusual for a governor to testify before a legislative committee but he did so yesterday.

Most of the testimony was in fact aimed at legislative Republicans who have made no-tax-increase pledges. A video of the testimony from the Sacramento Bee is below. The references to dispensations and vows refer both to the pledges and the governor's Jesuit background.

Despite the humor, the clock is running. Although early on, there was some talk about ways around the 2/3 rule, i.e., putting the proposals on the ballot by a simple majority vote, that idea seems to have disappeared. Even if it could be done, legal challenges might delay any ballot that was based on a simple majority vote beyond June, making the strategy impractical.

A deadline in early March has been quoted for getting the 2/3 vote needed to put the proposals on the ballot. Such deadlines typically have been somewhat elastic in the past. However, there are administrative constraints regarding printing and distributing ballots.

It might be noted that the governor also indicated that if the tax extensions were rejected by voters, he would then propose a cuts-only budget.

Finally, earlier posts on this blog refer to public pension recommendations by the Little Hoover Commission. If a deal is reached, there could be a pension proposition in the mix. And, as has also been noted in prior blog entries, such a proposition - if passed - could override the Regents' action on the UC pension that was taken last December.