UC-Berkeley Chancellor Cuts Back on Athletics 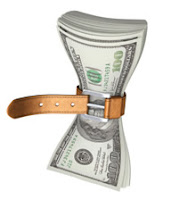 UC-Berkeley's chancellor announced cutbacks yesterday in the athletics program, which has been subsidized by the campus. In doing so, he followed UC-Davis in a similar move (which has brought controversy). Excerpt from the official press release:

BERKELEY — University of California, Berkeley, Chancellor Robert J. Birgeneau announced today... a comprehensive plan for the Department of Intercollegiate Athletics that will result in a broad-based yet sustainable program that continues to support the campus's commitment to excellence.

At the end of this academic year, baseball, men's and women's gymnastics, and women's lacrosse will no longer represent UC Berkeley in intercollegiate competition. In addition, men's rugby will transition to a varsity club sport, a newly designated status at UC Berkeley.

In a letter sent today to the campus community, Birgeneau said the rugby team's history indicates that this change should not affect its competitive opportunities or abilities. He added that Cal rugby's unsurpassed excellence will be maintained through continued campus support in terms of admissions and through access to sports medicine and training facilities.

Music not to be played henceforth at Berkeley: